Something special for the Star Wars Fans! 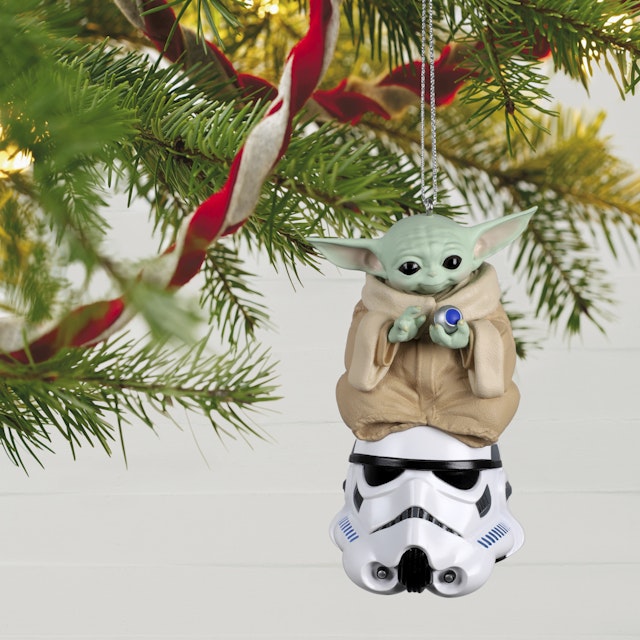 The legend continues with The Child named Grogu (often called "Baby Yoda" by fans) from the Disney+ original series The Mandalorian.

This Christmas tree ornament features the mysterious Force-sensitive alien playing with a shifter knob from Din Djarin's ship, The Razor Crest as he sits atop a Stormtrooper helmet from remnants of the Galactic Empire. 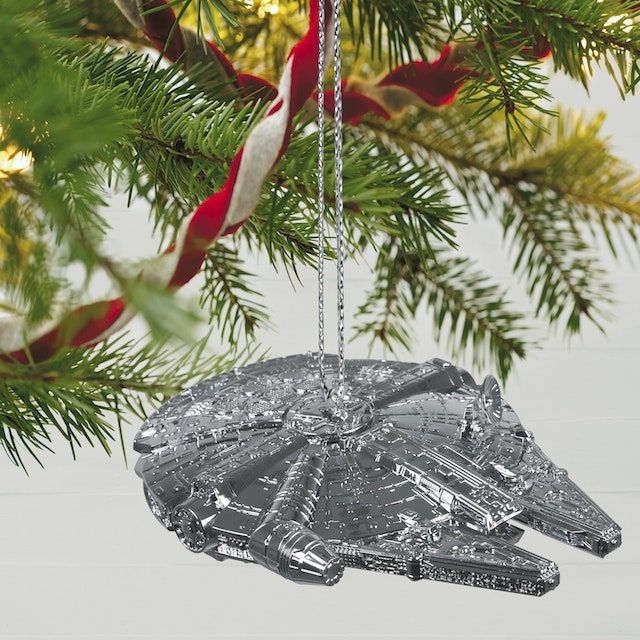 Celebrate the silver anniversary of that milestone release with this premium metal Christmas tree ornament of Han Solo's iconic Corellian freighter, the Millennium Falcon, complete with a shiny chrome-like finish. 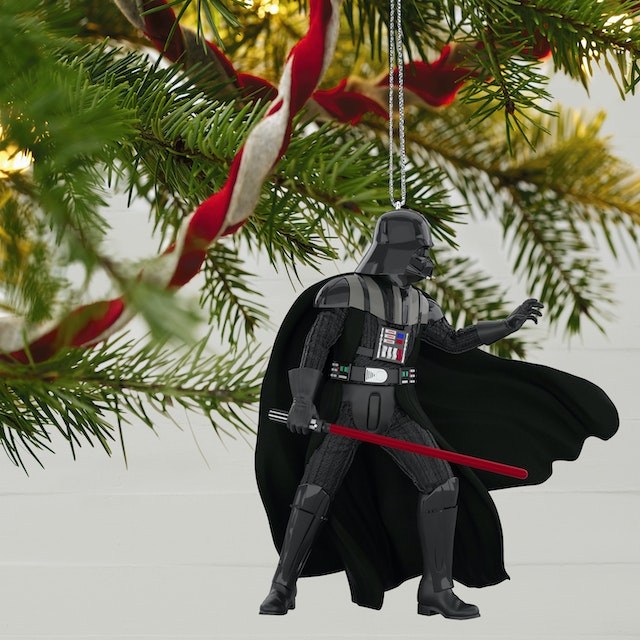 Feel the power of the dark side when you display this Darth Vader Christmas tree ornament.

After using the Force to hurl items at Luke Skywalker during their duel on Cloud City, Vader took a different approach and made a shocking offer to destroy the Emperor together and rule the galaxy as father and son. 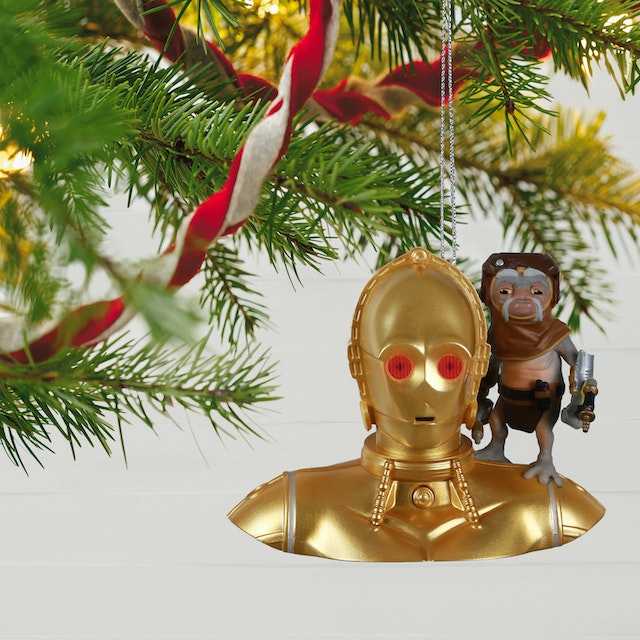 Star Wars: The Rise of Skywalker C-3PO and Babu Frik Keepsake Ornament With Light and Sound

Star Wars: The Rise of Skywalker brought the Skywalker Saga to a close while introducing new planets and characters, including C-3PO's "oldest friend," Babu Frik.

This battery-operated Christmas tree ornament features audio of the beloved protocol droid with his illuminated red eyes, a result of reprogramming by the tiny droidsmith from Kijimi.

Find your favourite at these retailers